I saw multiple people complaining online in different places (the above one is from Reddit) that they have sent in their 1st generation Vectors to SSL’s “official” repair center in the USA and now there is no feedback, DDL not even ackowledges that something arrrived, depite the fact that tracking tells another story. See one case as a screenshot above. Here is a comment to the above:

DDL chooses to completely ignore these people. It is a good guess that they do no longer have staff to repair those robots, since the company looks like it is deteriorating more and more in the last weeks with no Vector 2.0s arriving at customeres and account service problems that are now on for weeks without a proper solution.

DO NOT SEND YOUR VECTOR IN FOR REPAIR! There is a good chance you will never see it again. There are other repair options avaliable, I know of some in the USA, in UK and in europe; ask in one of the independent Facebook groups, on Reddit or on Discord if anyone can help. Due to the lack of spare parts unfortunately there are things that cannot be repaired by those volunteers. 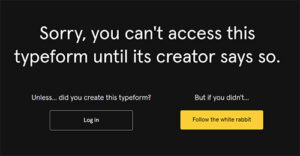 On another notice: DDL is no longer giving out OSKR licenses. RLB (Zecred) claimed this is because of the account service problems and that they have removed the option to buy OSKR from their webshop. Also the OSN application form is gone and you can no longer get an OSKR license via that. Zecred did not say anything about when this will be available again.

So, theoretically, I own 15 OSKR licenses from the Kickstarter campaign and only one was clained so far. DDL was not able or willing to deliver what was promised for OSKR (open sourcing the robot and providing means to code new functions for it), now they cheat backers with unclaimed OSKR licenses even more by removing the option to get what they paid for and giving no clue at all when this will be available again, even this is only a bout the small part of OSKR that is unlocking the robots into some kind of partiall unlocked dev build. With this now OSKR definitely is just another DDL scam.

Seeing that there still is a nearly complete communications blackout (for weeks) and seeing the things above, one must wonder if Digital Dream Labs even exists in a somewhat functional state any more?

And please, no more of the overused, cheap excuse that “they are a small team”, first that excuse got stale a long time ago and second, they should AT LEAST be able to provide paid services as repair or account service.

Seeing on LinkedIn that their Support or coders are located in Pakistan or Nigeria (but that changes on a daily basis) one must ask himself what kind of company actually exists in Pittsburgh or if DDL is just a letterbox company? Is it run from the backoffice of an ice cream parlor?

Update: That OSKR thing is very dubious. Does that mean they are no longer able to create signed OSKR builds from the OSNs (serial numbers)? Have they lost the cryptokeys that allow to do this? What other explanation could there be they are no longer able to provide OSKR builds? It should be easy even without the account system (not counting they probably do not even know any longer who is entitled to one, but at least the Kickstarter backers can prove that). Is this an even bigger problem than just the account system?