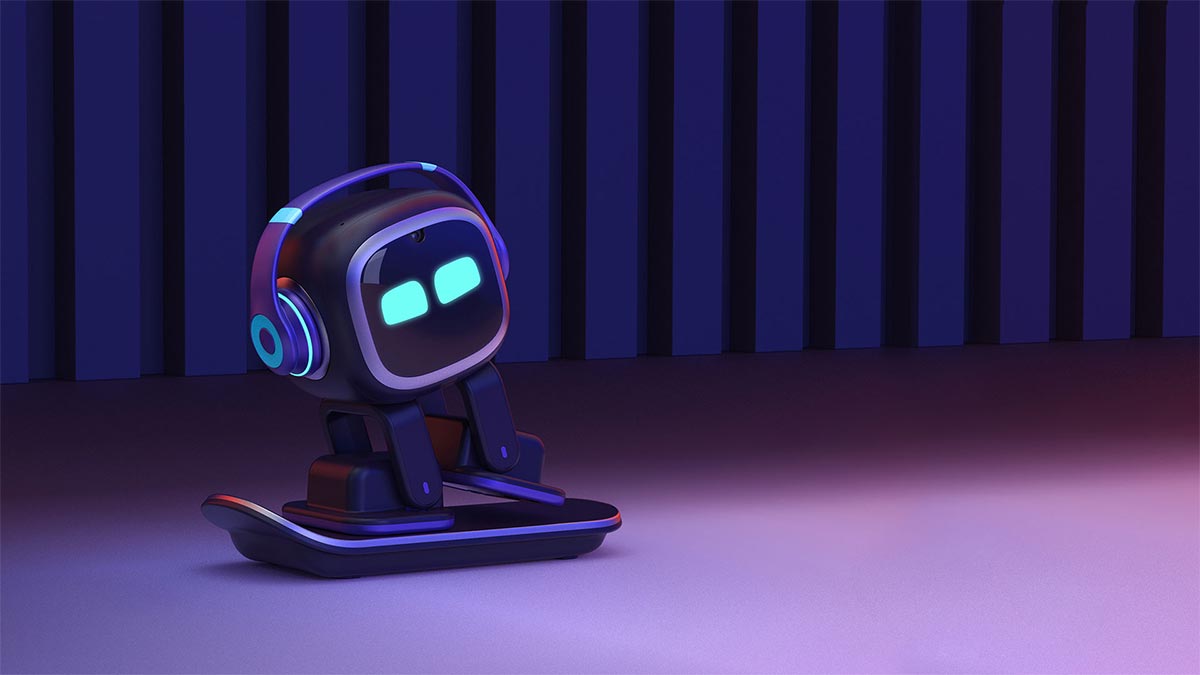 Since there are nearly no news from DDL about Vector I will expand the scope of this site a little and tell about other interesting projects and robots from time to time (these posts will me marked as “bigger picture”). But Vector still will be the main focus.

There is only a video and a very uninformative website so far, but there seems to be another companion robot on his way: EMO.

From the video you can clearly see that EMO did get his inspirations from Vector and Cozmo, and also from certain open source robots available. And actually Vector is featured at the end of the clip.

The downpoint for me is at the moment that there are no informations whatsoever on the website what company is behind this (the main page higizmos.com has only a password field. There is a Facebook page “Hi Gizmos”, but the last post there is from january and about an Indiegogo campaign for a laser engraver that seems to being shipped at the moment, but from the comments there the support is … lacking. In the website code one can see chinese characters, so it’s a good guess it’s a chinese company). Since the website at least looks professional I guess it’s not DDL behind this new robot. 😉

Aside from the missing company information also no tech details are available, so at this moment we do not know if there will be an SDK or similar things for EMO.

The price of 130 dollars looks somewhat cheap for the proposed features, but we will have to wait if the company behind EMO wants you to pay with your privacy by grabbing your data via an app. And also this seems to be a preorder price and may go up later. There is no definite release date given, so we will have to wait if EMO really sees the light of day or is another vaporhardware.

It even is possible that this is a ripoff and based on an reverse-engineered Cozmo or Vector, especially as even the sounds remind of Cozmo.