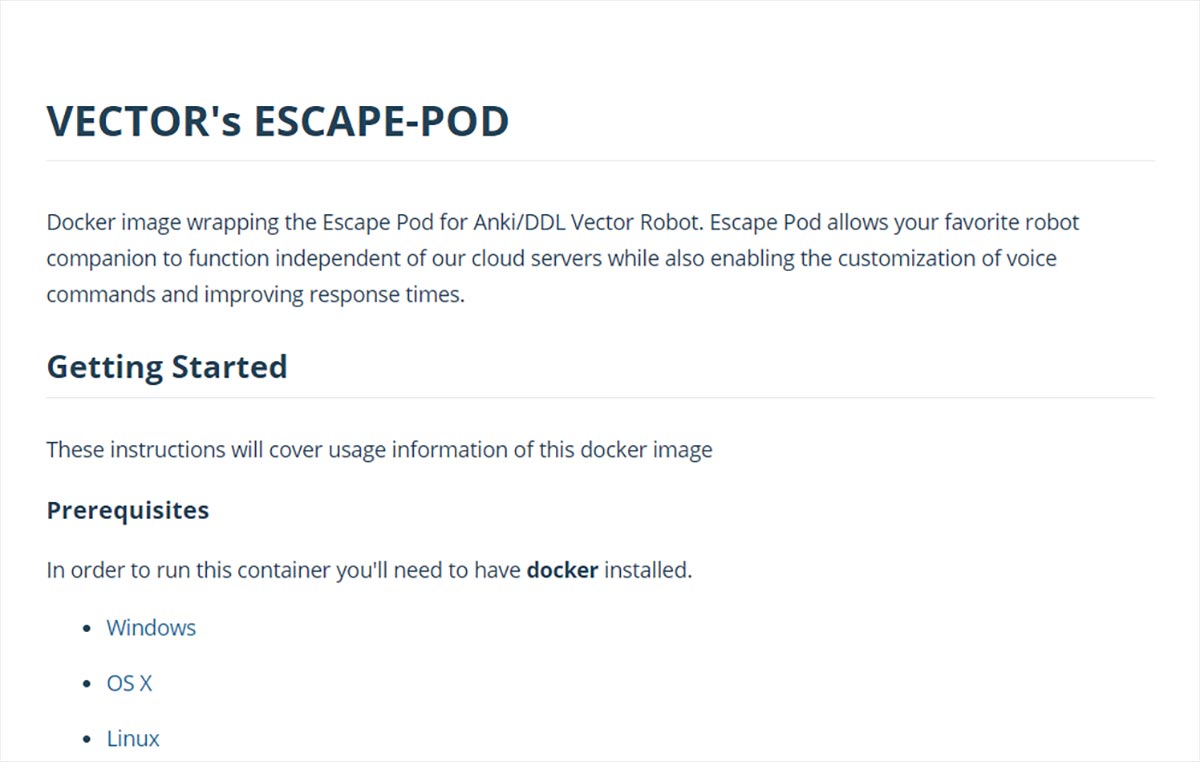 Another amazing project by cyb3rdog (the person behind Blockly for Vector): He managed to tinker the Esacpe Pod into a docker image, that does not only run on a RasPi4, but on every OS and computer that support Docker (if you have never heard of Docker and don’t know what it is, this may not be for you, but here are some basic informations about Docker). So he was able to implement in a very short time what DDLs engineers were not able to do. Think about it.

The big advantage of Docker is that is like a virtual machine that installs on a computer regardless of the distinct configuration of the host machines that usually makes installing applications and servers a pain on Linux (there is also a Docker implementation on Windows).

Basically Docker installs a local server configuration that acts as an Escape Pod, regardless of the underlying OS.

You will have to change the local DNS confoguration, for example via the HOSTS file on Windows or Linux.

Find the complete information and documentation on doing this on cyb3rdogs Docker project page.

This is amazing, thanks a lot, cyb3rdog! You are my hero!