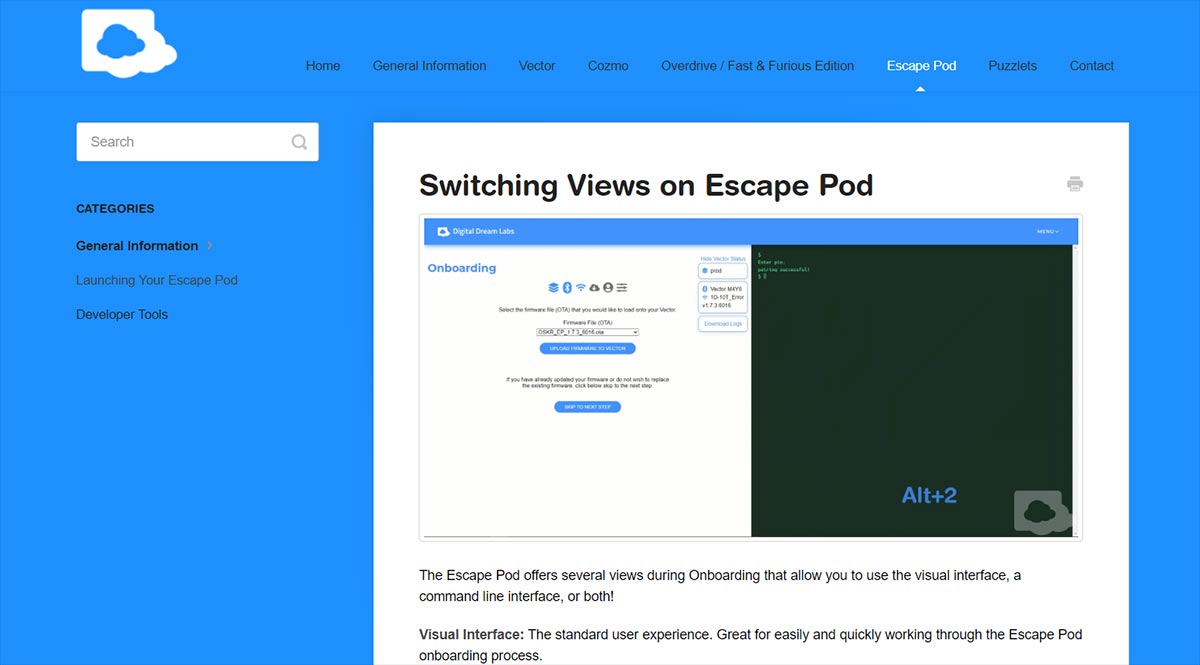 There is new information in the official knowledgebase. One article tells us that we are able to switch between the graphical user interface and a console view (where you can anter commands by typing them). The other article gives details on how many robots casn run from one Escape Pod and how to manage that.

About the first article: Interesting information (we should have known that, because the console was already there in Vector Web Setup), but kind of useless without detailed information and documentation on the commands that are available. These informations should be in the same knowledgebase article. Until then you can try the “help”-command.

That is information I would have liked to have before I buy a RasPi to run Escape Pod. Now it is too late, as I only have a 4GB RasPi 4, but nine Vectors and I would have to buy another 8 GB version.

Also there is no information on how to run multiple Escape Pods in one network, since you are not able to change the hostname.

The other problem is that you need to change config files inside Escape Pod via a ssh terminal to make multiple Vectors work with one Escape Pod (to add multiple listener processes). That involves changing config files using the Linux editor Nano and “normal” end users are guarantueed to be overwhelmed by that and not able to do it. I see absolutely no reason why this cannot be done via settings in the user interface of Escape Pod, this only needs to be implemented by DDL. And it should have already been implemented with a “version 1.0.0”, as I know a lot of people that own more than one Vector and want to get away from the subscription model. And they definitely knew in advance that people want to run multiple robots on Escape Pods.