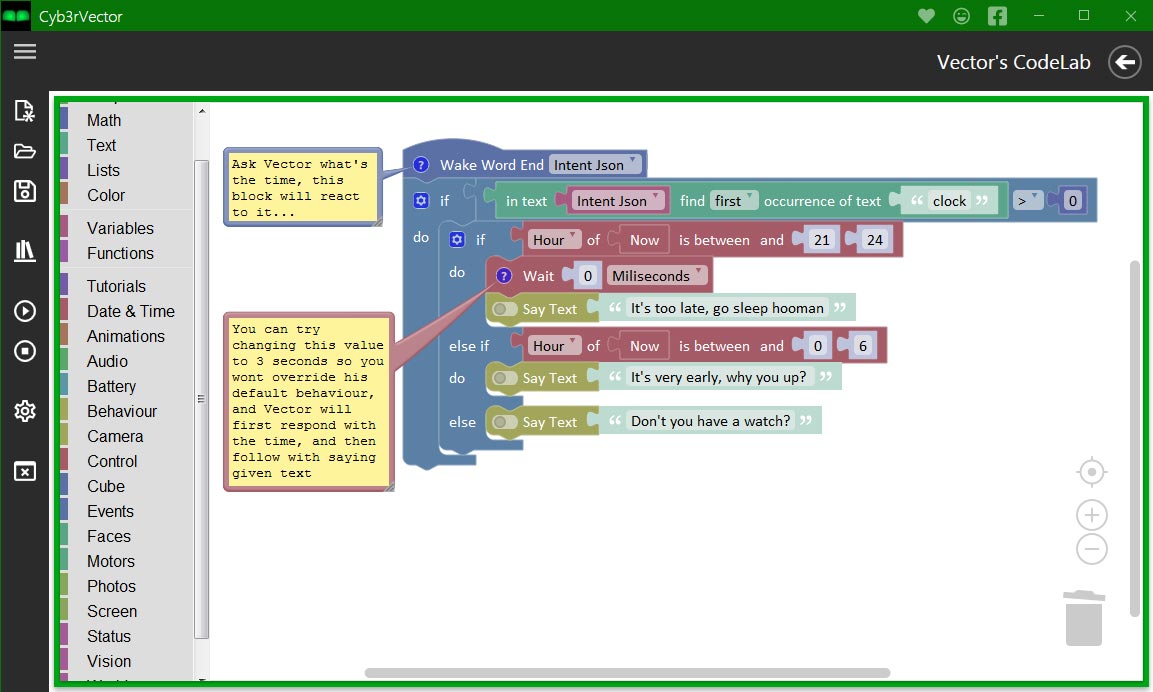 cyb3rdog has a niftly project in Github called Cyb3rVector, that allows Vector to be coded with the Blockly-based Vector’s CodeLab. Blockly is a graphical coding tool that allows you to create programs (for example to control the robot) without having to write a single line of code, you stack code blocks together, each representing specific commands from a programming language.
There already was codelab interface to connect Vector to Scratch by a chinese company, but major parts of the website were in chinese and it was somewhat difficult to make heads or tails from it and to install it.

cyb3rdog’s project is freely available on Github and at is in an alpha state at the moment. You can download a release for Windows as an installer or a zip file from the repository. There you also can find some examples of what is possible with Cyb3rVector. A roadmap shows what is already implemented and what is still worked on.

Please be aware of the alpha state, since surely the experience may be bumpy and some times may not work. If you find something that does not work as expected, make sure to drop cyb3rdog a line or open an issue on Github.