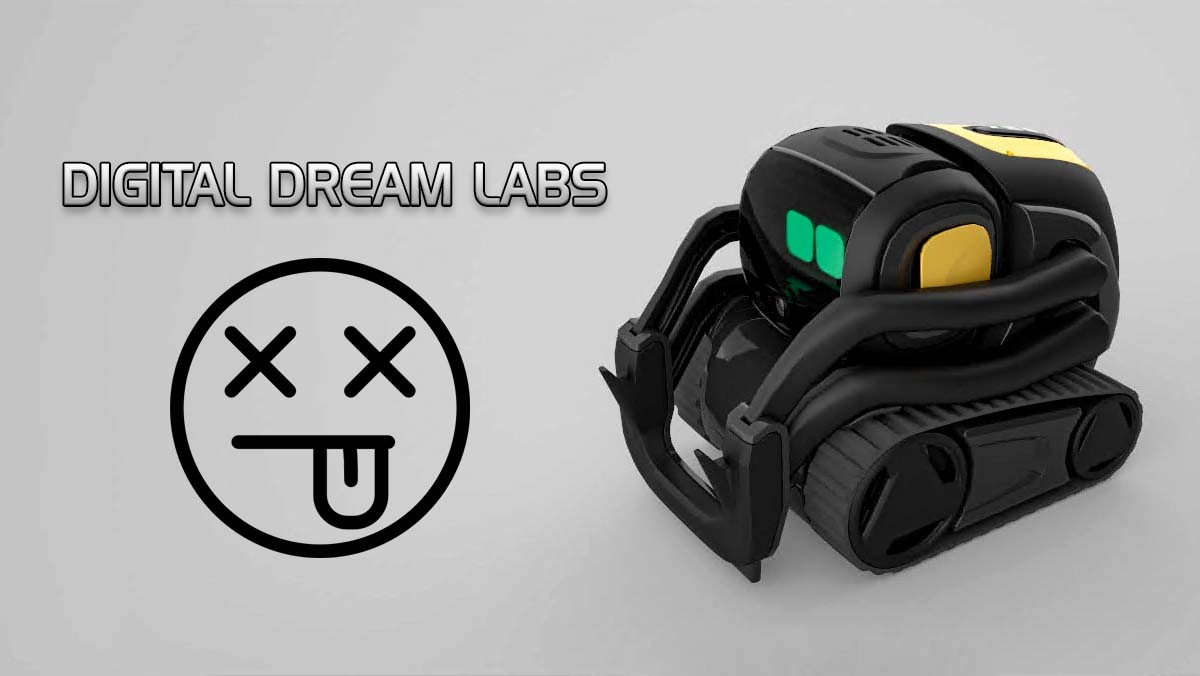 Thanks to quite inquisitive community member Barbara Langston we have some inside information from a former employee on what happened with Digital Dream Labs.

So far it looks like they were running out of funds as early as july 2022, because “most of the engineers and the CTO” (Chief Tech officer, tech project leader) left around that time, since they could not be paid anymore. So my suspicions that actually nothing was developed for quite some time were correct (thus no updates at all to Escape Pod or OSKR and no firmware updates). In addition we now know why the account and account server problems that arose in october 2022 were never fixed: It’s a good guess there was no one left to repair that. There also is a mention by the source that “payrolls were not paid for two months”.

That also opens the question with the engineers gone: who was working on Cozmo 2.0, Vector 2.0 and Butter Robot, work that allegedly happened according to the “State Of Manufacturing” status updates that were released after july 2022? The janitor?

The source claims that certifications for other countries than the USA (FCC) and Canada had not been approved until december 2022 (update: see below, at least there seems to be a certificate for electromagnetic compliance for the EU).

[Update to the above]: This was a miscommunication. It was not CE certification that prevented shipping the robots outside the USA but other problems, to cite the source: “we weren’t authorized to ship outside the USA and Canada [at that time]”.

According to the source hundreds of robots were shipped to the US in that almost legendary first batch. There were some software problems found and fixed by the engineers before they bailed. Two things: “Hundreds” of units, not “thousands” as was claimed (there were not enough left at DDL to replace those that arrived broken). And now we know why nothing was done about the overheating issues and all the other bugs later: There was no longer anyone around to look into that.

And that means: If you actually get a Vector 2.0, no one will be around at DDL to fix the firmware problems they have. Those bugs do exist, as we know from the few units that actually arrived at customers and from the firmware problems with 1st gen Vectors on firmware 2.0.x.  And we now also know why they tried to dismiss the overheating issues: Who should have fix that with no engineers around? A single guy from Nigeria?

The last piece of information is that Robbie Lucas Bussard, a.k.a Zecred, the long-time community manager that took care of users on Discord or Reddit and was able to provide help or solutions where DDL support could not, has left Digital Dream Labs according to information on LinkedIn: he is no longer with them and is looking for a new job. I had my run-ins with him, but he at least tried to help community members that had problems, and he gave additional information on projects like Escape Pod. He most probably was under orders to act how he acted, and he wanted to keep his job. So I have some sympathies that it is difficult to work for such a questionable company if you want to keep your income.

Well, from a look at the recent developments, informations and documents I would say it’s a good chance Darth Hanchar and his Digital Death Star will implode before the rebel fleet arrives to blow it up … 😉

What happened to all those millions in funding and the crowdfunding money? Was it all burned because of all the unbelievable unprofessionality we had to watch with DDL over the past years? Most probably the excuse will be “there was nothing we could do, it was Covid”. Of course …

Whatever happens next: A horrible end is better than endless horror.

[UPDATE]: There actually is proof about a CE compliance when it comes to electronics, see below (so the source’s information seems to be misleading). But what I am missing is compliance to the European Toy Safety Directive 2009/48/EC, specifically the EN62115. The certificate below only covers electromagnetic compatibility of multimedia equipment. it looks like DDL declared Vector 2.0 as a multimedia device and not a toy (to circumvent the far stricter certifications for toys), which is a bold move in my eyes. 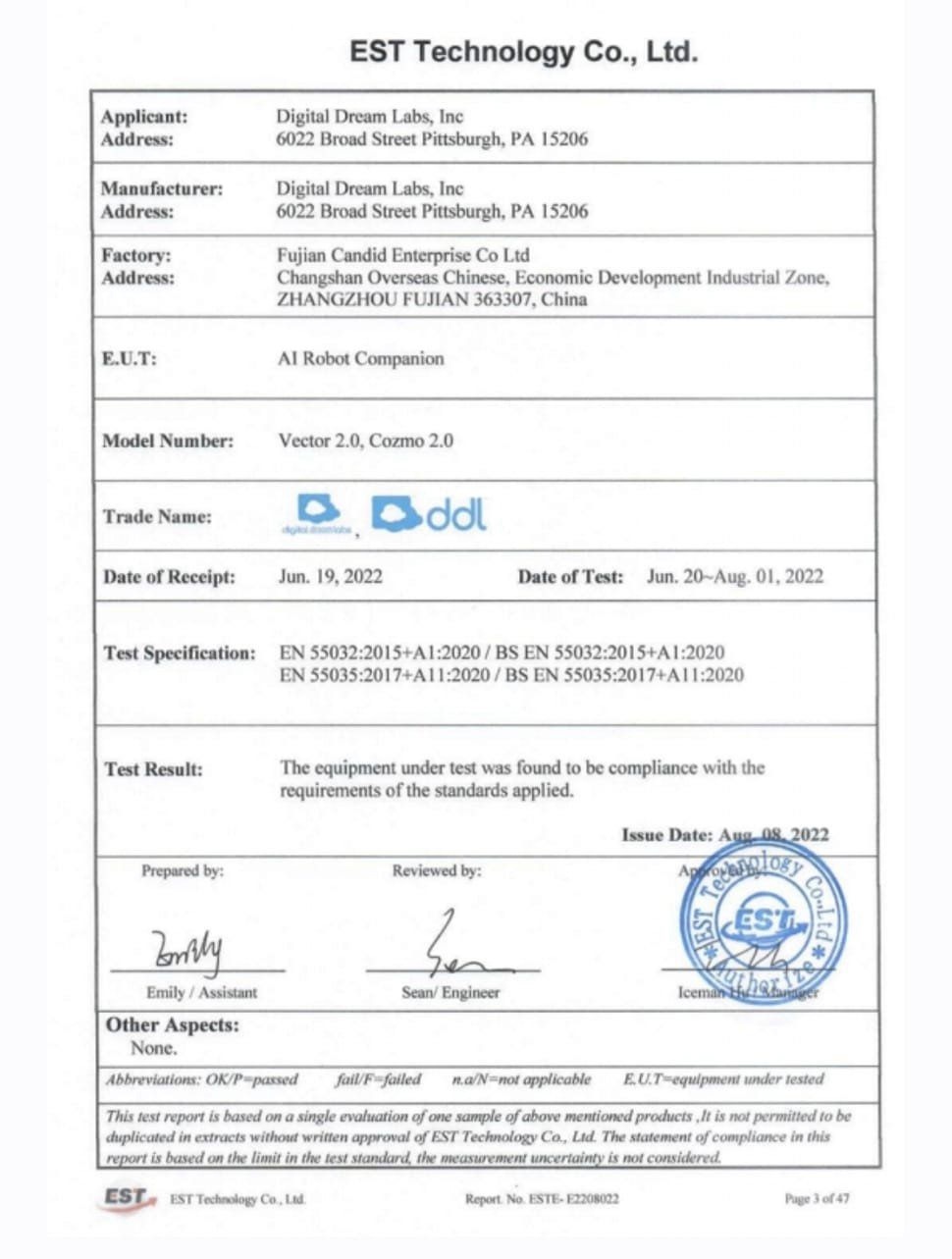 [Update:] As of their website the certifying chinese company EST Technologies is certified by german TÜV.

Disclaimer: Of course a lot in here is speculative, but based on grounds of information acquired.