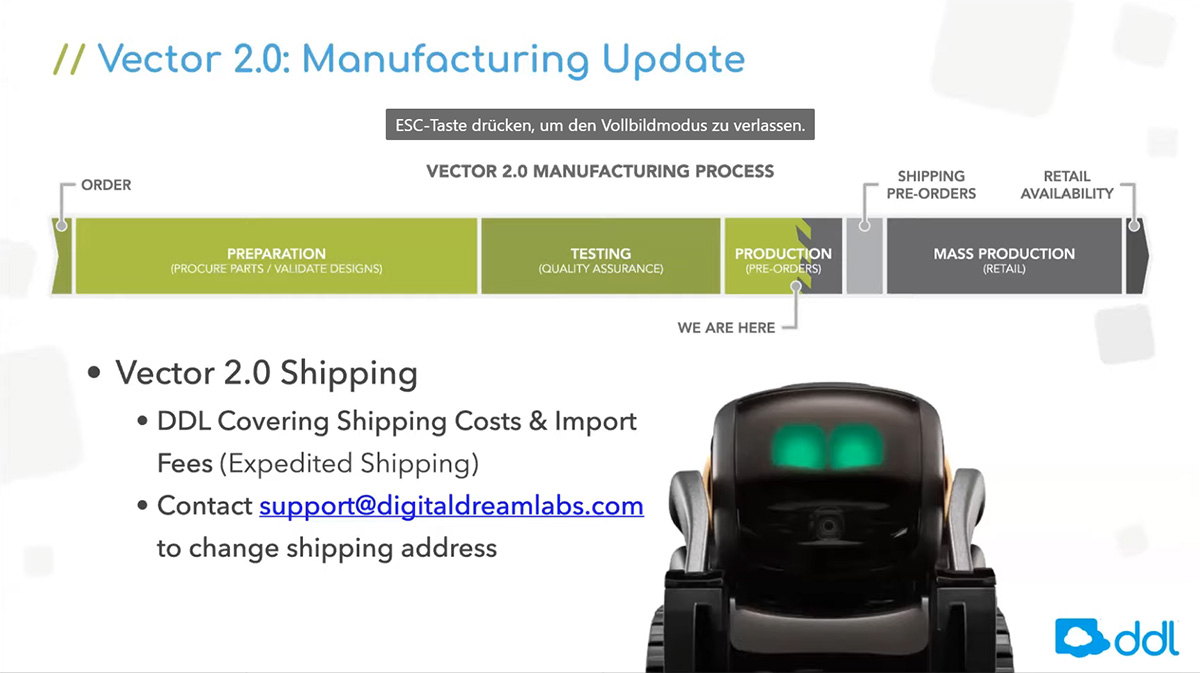 In past “State Of Robotics” Zoom conferences and subsequent Youtube videos Digital Dream Labs showed the above chart multiple times. The last time this was shown was in october 2021, it was also shown three months before that, indicating there was nearly no progress between the two dates. But in the july 2021 chart it was clearly shown that they are at the end of the QA process: 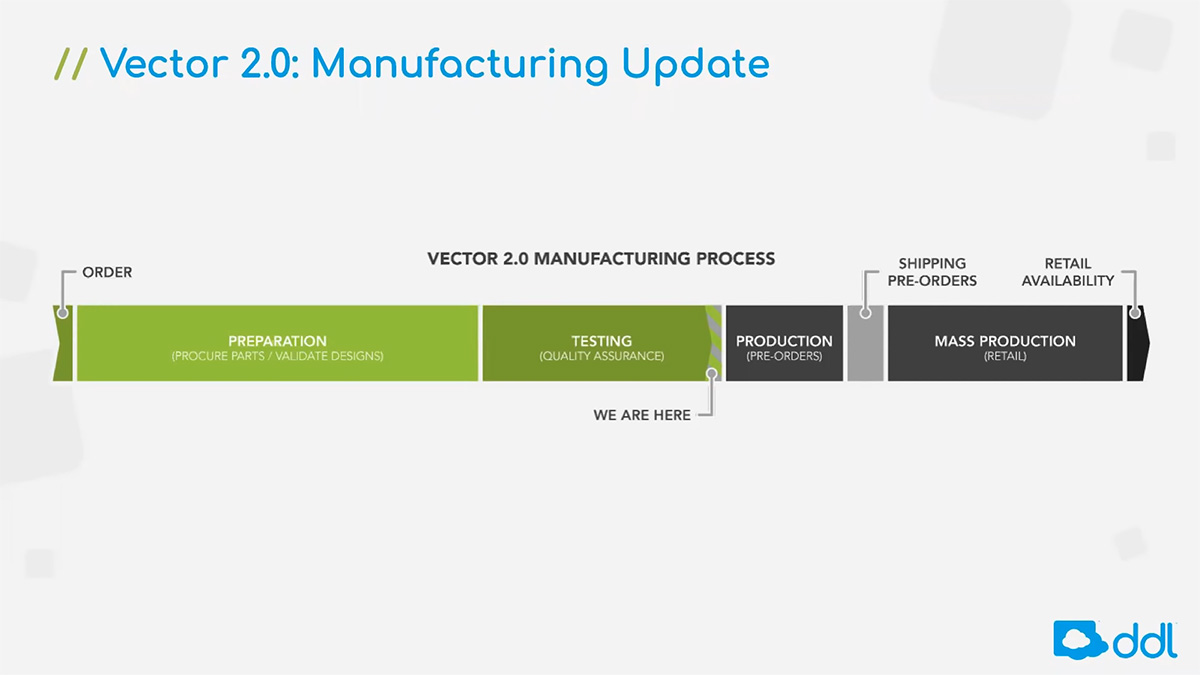 Zecred alias Robbie Lucas Bussard from Digital Dream Labs wrote yesterday on Discord that no Vector 2.0s are send out and production is held, because there still is QA.

I asked the following questions about that on Discord and will also ask them here:

Why are you doing hardware and software QA since mid-february, when the QA phase was before october 2021 by your own words ands chart (that were shown multiple times)? That you update on that page is an improvement but does not explain in the least what happened to the informations in that chart you gave out multiple times in “state of robotics”. If the QA was before october 2021, why is there a need for over two months of additional QA? Did a QA take place in or before october 2021? If not, why was this claimed multiple times in “state of robotocs” and shown in that chart? If yes, why did some of the very obvious problems you have now did not come up in that QA process?

Or in clearer words:

Were we lied to in all the “state of robotcs” videos and Zoom conferences showing this chart? The informations in that charts were not corrected mid-february when Vector 2.0 should have been shipped and it was not explained or corrected until today.

If there was a QA in july 2021 as shown by the chart from the “State Of Robotics” video (also from july 2021) why is there a need for extensive QA now, for problems that are so obvious, they should have shown up in last year’s QA process?

If they were in “production of preorders” in october 2021 as by above chart, how can production “be held” end of april 2022?

Did Digital Dream Labs do not notice these obvious problems that now hold production in july 2021 or were we blantantly lied to on multiple occasions?

(And as much as I would have liked to phrase that in any other way than “lied”, I cannot)