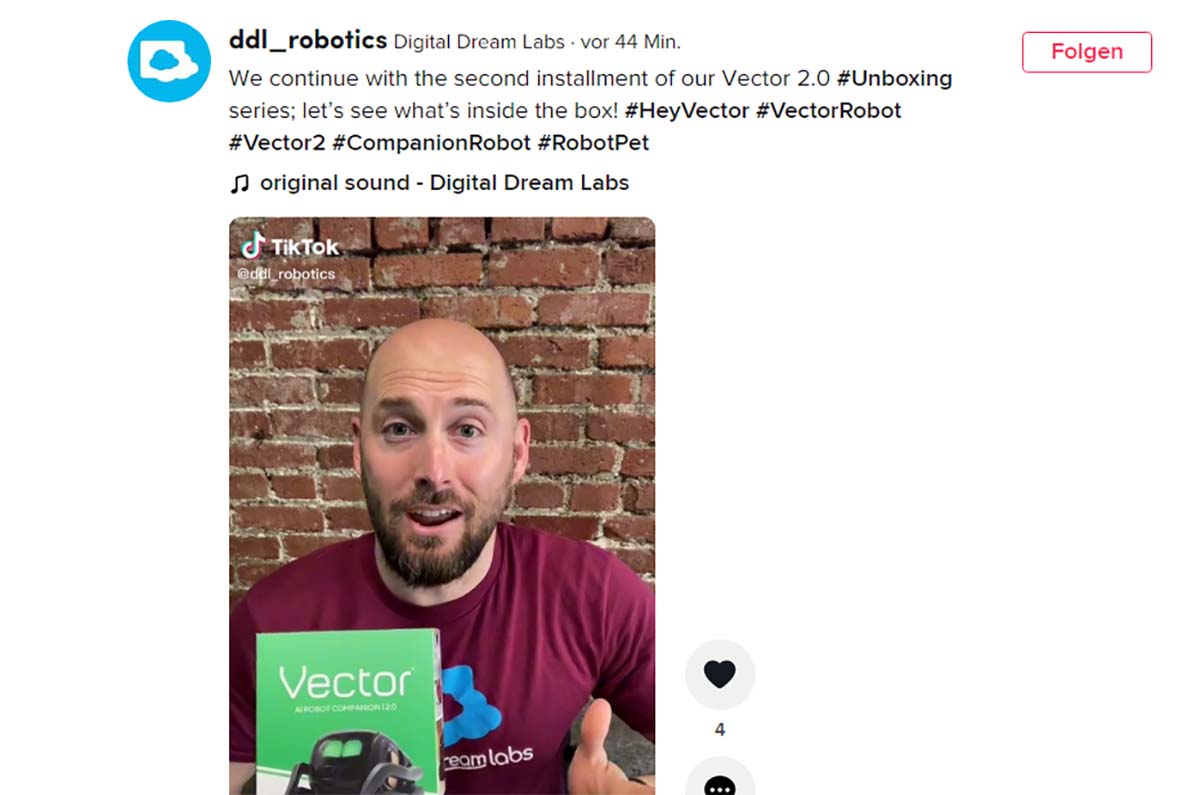 Digital Dream Labs managed to show the underside of a robot that most probably is a Vector 2.0 and that shows the new battery lid. They did that on the privacy nightmare tiktok (controlled by the chinese government) instead of more professional and accessible channels. I have no idea anyway why they suddenly insist using that platform as a means of information, and not established reputable channels. Maybe because it’s so easy to just take a quick video clip with a smartphone and upload it, that of course is way cheaper than actual PR with video editing and professional looking results.

Here is a closer look at the battery lid (click to enlarge).

I think it is somewhat of a comedy that they did a two part unboxing video after letting the customers wait for so very long for this. Instead they could not have done this artificially prolomnged public relations stunt. That is fine if you have a product that is delivered on time, but with something that is overdue nearly a year (and still no delivery date on the horizon) a two part unboxing video makes no sense and is almost an affront.

I would not have too high hopes that this means the shipping is due in the near future, as this Vector 2.0 is most probably a prototype.

But at last, after all this time, there are some positive news.