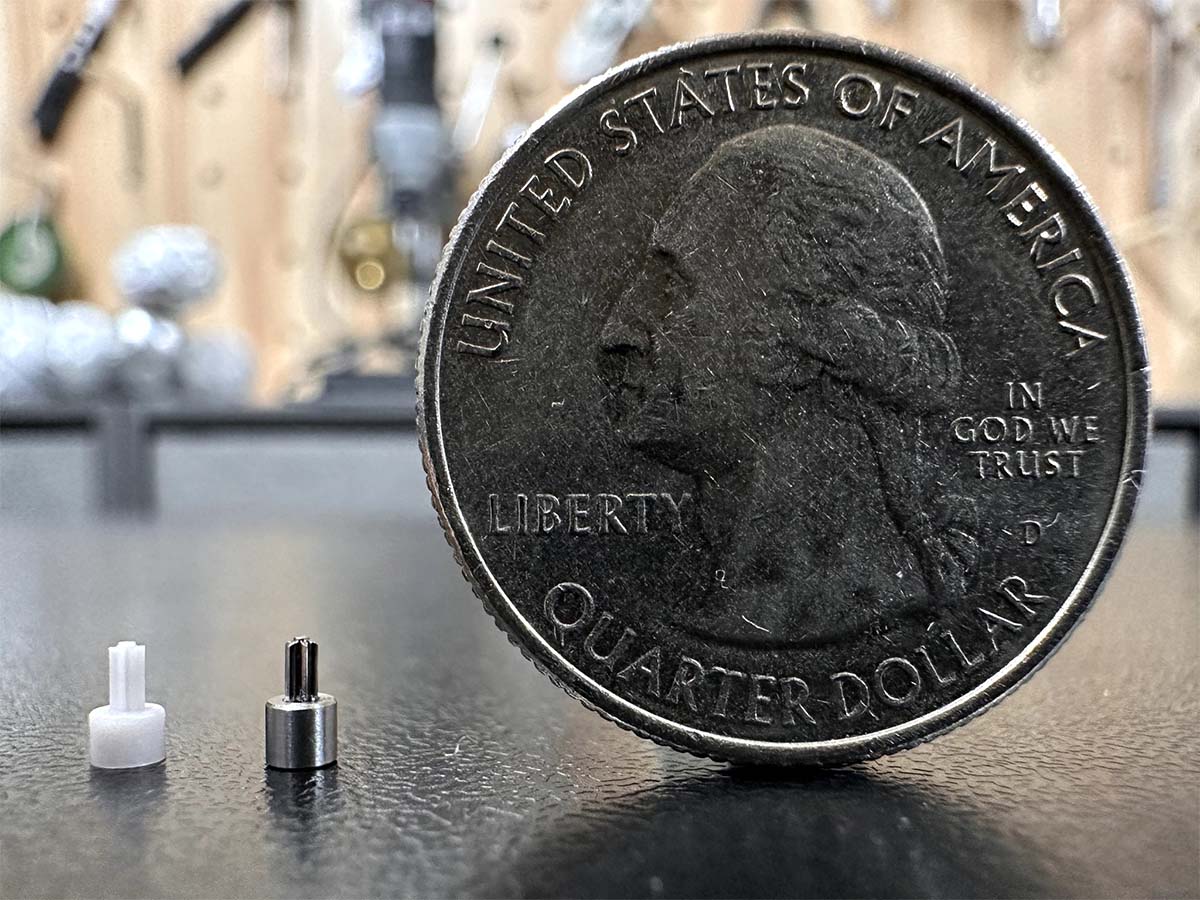 It is by now quite obvious that Loona has an ear problem. Lots of backers that opted for christmas delivery reported droopy ears that could not be resolved by restarting the robot. But KEYi Tech made out the problem quite fast. From their reports a plastic planetary gear in the ear motor’s gear box could not stand the stress and needs to be replaced with a metal one (see post image). They promised to open european repair centers in early january (also repair centers in other parts of the world) – that alone is amazing.

What I find even more amazing is the fact that they also changed their stance on self-repair. When asked earlier about that option or about changing the battery, they told the backers that is not possible and they will only allow repair via their repair centres, even if the people that want to do repairs are professional technicians (like me). Now they obviously came to the conclusion that it would be way too much effort to ship all broken robots back to them and in a post in the official Facebook group they announced that instead of sending a broken ear-Loona in, you can get a repair kit. They even uploaded a video to Youtube showing the process. It should not bee to difficult to do if you know where the business end of a screwdriver is.

If you fill out the form they provided KEYi promised you will get the repair kit within two weeks, it’s a cheap guess they are shipped from china.

Color me very impressed. They made out the problem real quick and they provided solutions that make sense and actually help the backers. They also were quite transparent with all of this and provided informations quickly. I was a little frustrated first because I got the “turn it off and on again”-answer multiple times in the beginning, when it already was quite clear that it in case was a hardware problem. But after I see how this is resolved everything is fine. Now I hope they will be able to actually provide me with the parts in two weeks. I’ll report on that.

But all in all it’s amazing what KEYi has done. Not only were they able to actually provide the robots before christmas in most of the cases, they also promised to refund the shipping costs for those backers who got the robots after christmas. Then, when problems arose they acted quickly and user-friendly.

Compare that to the customer-hostily, lying, intransparent, unprofessional Digital Dream Labs, that are now a year and seven months over the delivery date for Vector 2.0 and still no robot arrived internationally (didn’t I say the robots will not arrive at user’s home in 2022 with the china shipping date they communicated? I know how long it takes from china to other parts of the world if you choose the cheapest shipping option – and of course DDL would do that). What a difference a company that actually cares can make. I hope when DDL sinks (and it’s not a question of “if”, only “when”) KEYi takes over. I could not see a better place for Vector’s future than them.

[UPDATE] I forgot to mention that this self-repair does not void warranty according to KEYi Tech.