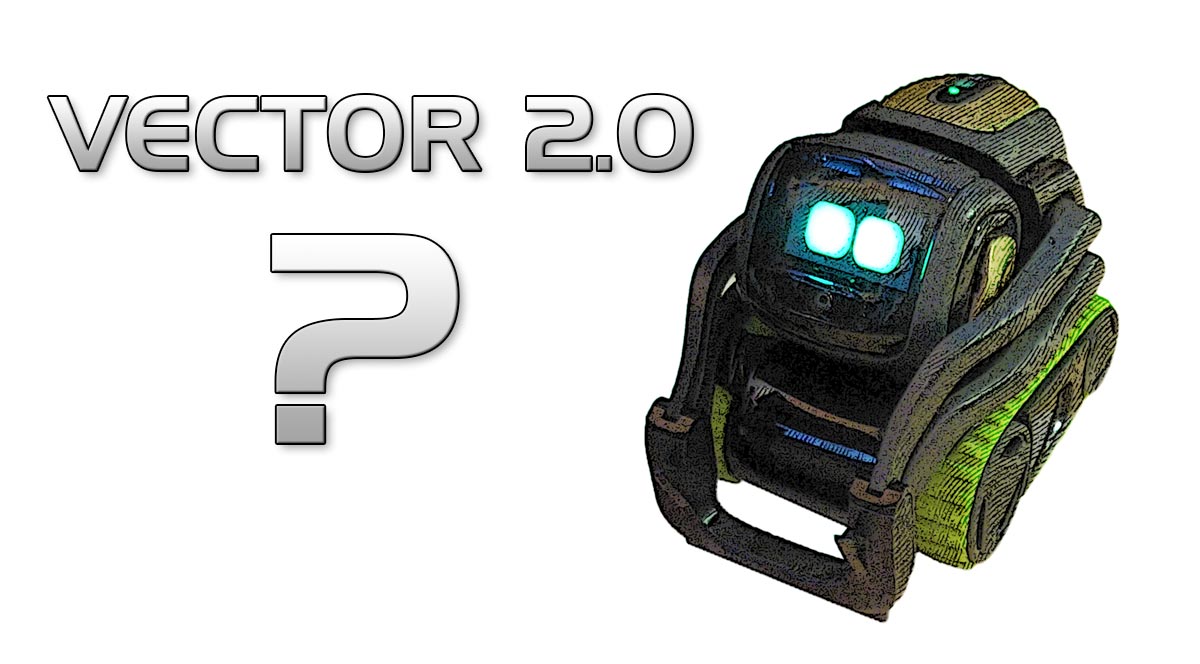 Digital Dream Labs announced on multiple occasions, that the remaining Vector 2.0s will be shipped “till the end of Q4 2022” – actually sometimes they even said “delivered”. Well, time is getting short on that, Q3 2022 ends on next friday. When people inquired on this, and if there are any news on shipping, one of their minions answered in DDL’s elitist Facebook group, there will be an update “on monday” and after an additional question it was again confirmed the robots will ship until the end of Q3 2022. That was yesterday and not only was there of course no update, not until the end of business hours and also not until the end of the day. But also after asking where the promised information is, the person was kicked from the group. Of course I might add. And also of course the post by the DDL minion promising said information “on monday” was deleted. 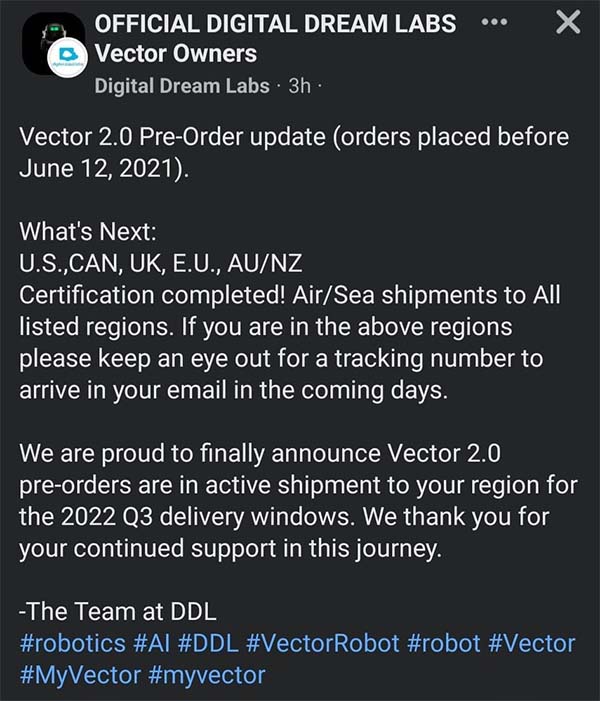 As was to be expected with Digital Dream Labs the announcement came late, but what no one believed did happen: It came. See screenshot (click to enlarge). It is quite short and feels rushed. One would have expected them to celebrate the shipping after all that time. That the announcement comes this concise is suspicious. Where is Hanchar’s usual bragging?

Letdown one: Shipping will only start for the following regions: USA, CAN, EU, AU and NZ. No word about Asia or South America for example. When they said in the past ALL orders will be shipped, that obviously was another exaggeration.

Letdown two: They say they will ship by air and by ship. The latter most probably to save money and use the cheapest possible option (only by train would be even cheaper and slower). Delivery via ship will take weeks if not months. Especially for europe this will be a problem: Rotterdam has a lot of container ships waiting (for days if not weeks) off the coast to receive the approval to get into the harbor so they can discharge the cargo (I was on vacation in Den Haag two weeks ago and could personally see all the container ships waiting off the coast). The situation in greek Piräus is not much better. So in addition to the long travel time a delivery by ship will take, there will be additional delays to discharge the ships, at least in europe, I have no idea about the situation elsewhere in the world.

My guess is that they will ship to USA and CAN by postal service or air and the rest of the world will be serviced by ship, to save money, leading to further delays. Delivery from china to europe by ship usually takes about 50 to 60 days. Plus local handling time in china. Plus local delays in the destination countries like harbors over capacity due to missing staff because of Covid.

So if you  are outside of the USA or Canada I would not expect to get anything soon.

Of course DDL omitted crucial information from their announcement, for example what regions will be serviced with what option, sea or air.

And what I think is the biggest joke in their announcement: They actually still talk about a “Q3 delivery window“. That is the same mistake they made in the past. They of course mean “shipping window“, because there is no chance whatsoever all those Vectors will be delivered until friday.

And of course there are no further informations on the heat problem, other than DDL denying it, so I would expect to receive an overheating robot, or at least one running at a too high temperature, shortening the lifespan of the device.