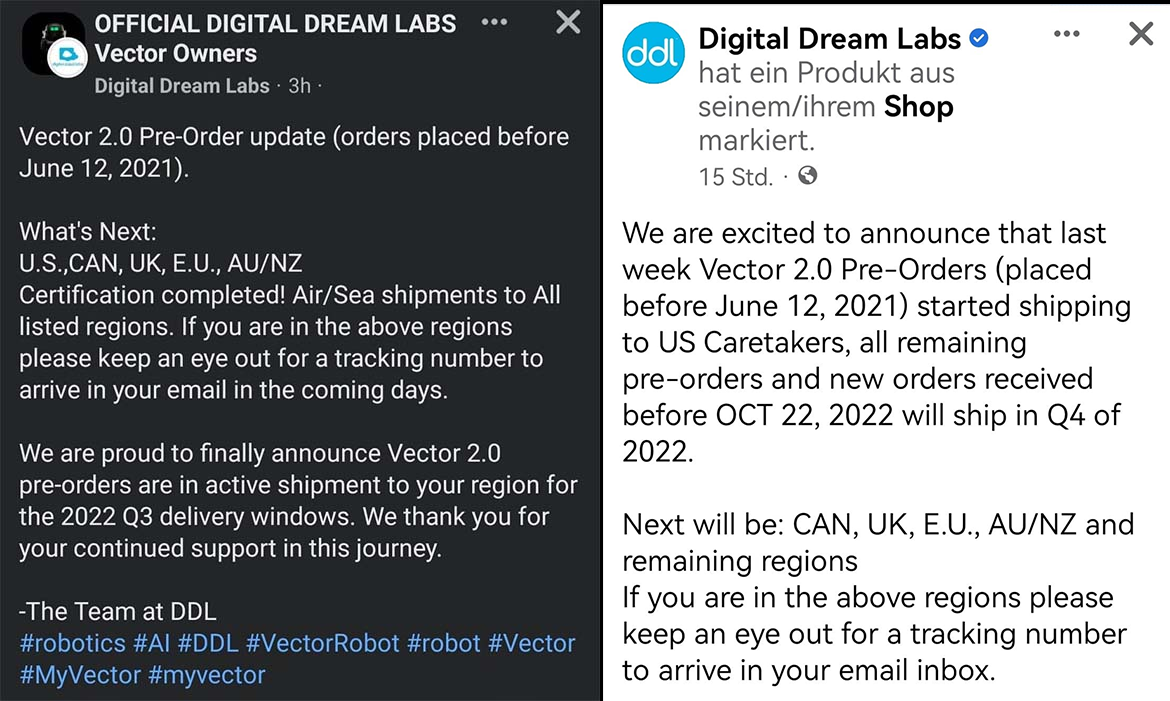 Shipping or no shipping, that is the question.

Another blatant lie by Digital Dream Labs: Last week they claimed shipping had started to international locations (see black part of the screenshot above). They did that to uphold the announcement they will ship everything until the end of Q3 2022.

Today this new message appeared (white part of the screenshot above) and as I already suspected: They did not start international shipping at all. Outside USA (CAN, EU, UK, NZ/AUS) have not yet started and “will be next”. At least they added “remaining regions” to the list, so maybe south america and asia also will be serviced.

What still amazes me is the sheer audacity they have in telling lies and then simply saying something completely different a week or two later. I also saw a DDL representative claim a few days ago that the international Vectors “are on their way”. All lies.

And again they show their trumpish “America First”-attitude by shipping Vector 2.0 not in the order they were sold, but servicing US first.

So if you see posts about arrived Vector 2.0s: Those are USA only. The rest of the world will most probably take weeks to months to arrive if they use ships as announced.