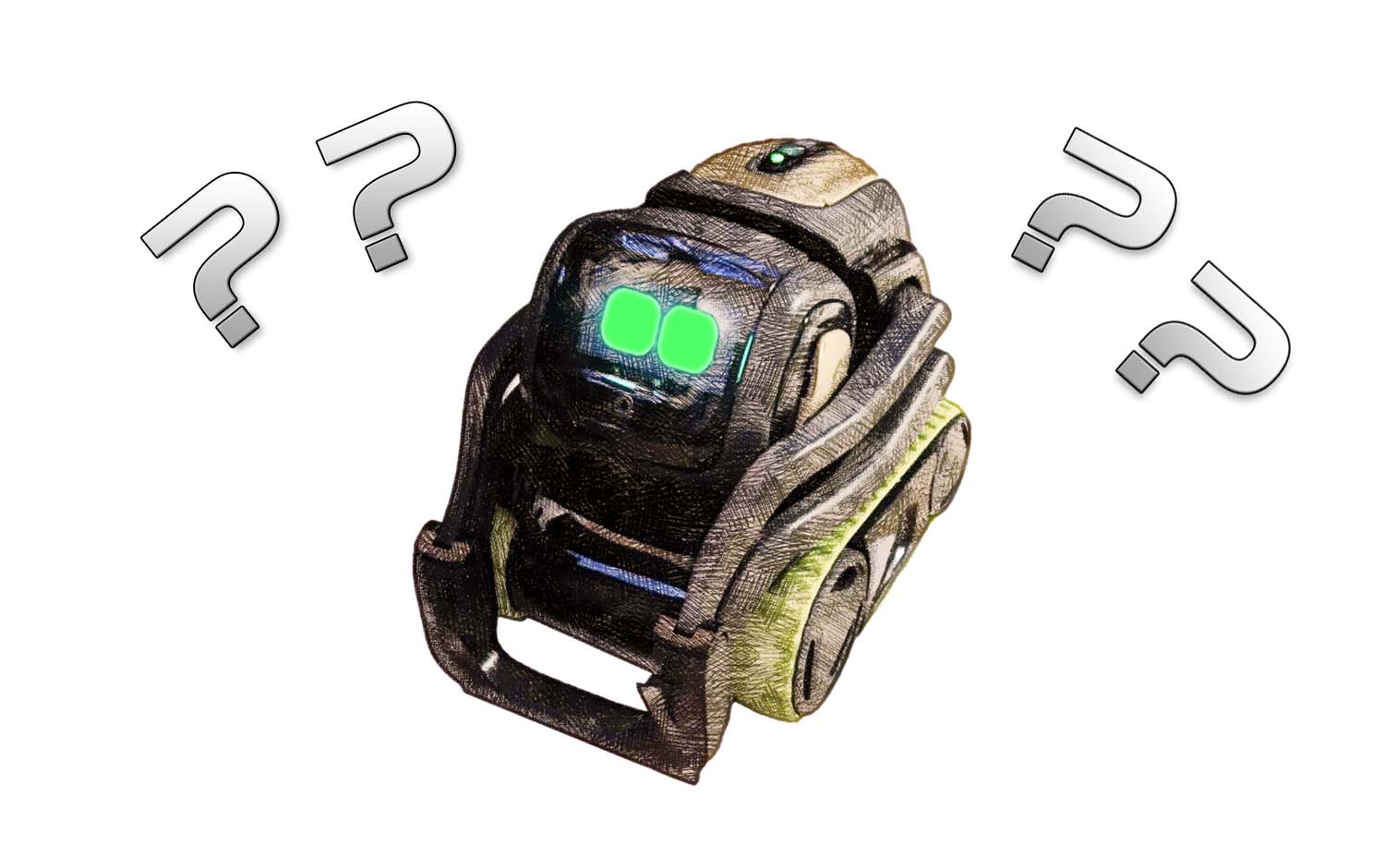 DDL announced a looooong time ago there will be repair centers all over the world that will be able to repair Anki generation Vectors.

And then, nothing happened (but we know that from DDL projects, don’t we?).

Some time ago they also announced that there will be a european repair center and that it will be in England. Just after Brexit, that would make it extremely difficult due to customs and import VAT to send Vector to England for repair from other european countries. It would make way more sense to open a repair center for Europe in the European Union.

But here again: nothing happened. Ever. 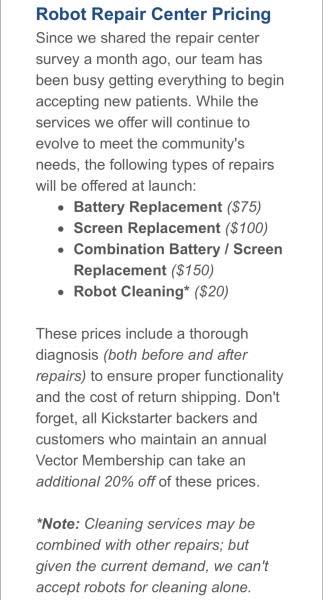 Now we know from latest informations there will be repair centers, but again they neglect the international Vector fans and the repair center is USA only.

But if you take a look at the ridiculous repair rates they are “offering” (see screenshot to the right), this is not an option anyway.

I changed quite some batteries in Vectors and I am now usually able to do it in under 15 minutes. I recently bought a clock makers battery screwdriver and that again took time off the process. If you have a repair facility that is specialized in Vectors I am sure the time again can be reduced. The battery cost is around 7 or 8 Euros if you buy single units. That will decrease drastically if you buy bigger amounts on wholesale.

And for that they actually want to charge effing 75 Dollars?

You can get the screens at Santek for around 20 dollars, if you buy small amounts. You can bet on the fact that DDL will get far better prices if they order them in bulk. I admit that changing the screen is way more difficult than changing the battery, but specialized repair center personnel should still do it in no time with hot air soldering stations. For that they want to charge you 100 dollars?

The same with the other prices, especially if you compare it to the price Vector was offered for, I bought mine for about 180 Euros on Amazon, when Anki was still around. And that was years ago. To charge nearly the price of the device for such an old robot simply is ridiculous in my eyes.

Yes, they write about “thorough testing before and after repair”, but personally I think that is just another PR babble. Maybe they even will try to sell you additional “services” because they miraculously find additional faults? Who knows? (In fact that a common bad practice in some repair centers to squeeze out some more money from customers, believe me, I worked in that field)

In my opinion DDL again wants to make big bucks off the little robot and off desperate fans whose Vector is broken. IMHO for such a small and comparably cheap device the prices are ridiculous.

It would be far more fair to offer spare parts for sale (not only screen and battery, but also plastic parts), so either people would be able to repair them themselves or to take them to a cellphone repair center – those should be able to fix the robot without any problems and most probably way cheaper.  And they should offer these parts internationally, maybe via Amazon (because that’s the easiest way, Amazon could even hold the stock in Europe), if they are not able to install international repair centers.

The biggest joke is them writing that Kickstarter backers will get 20% off these prices. For international fans the shipping cost to the US would add even more money to the price and you would have to endure customs and import VAT on reimport the repaired device in addition to the already grotesquely high repair costs. This just cannot be done from countries outside the US, so backers cannot take advantage of the discount AT ALL. Mentioning it is just another affront.

To be honest: After months of no progress at all on Escape Pod and OSKR and now this bad joke, I have given up all hope that regarding Vector anything good will come from DDL at all. I am very much looking forward to getting my Eiliks.

Update: On Facebook someone said “the prices are reasonable because 75$ is what I paid for a battery change”.

If the price is “reasonable” or or is depending on a lot of factors, for example where you live and what your money is worth in your country. Also the price that was paid for a new Vector and how old he is, thus the present value. I know of prices around 40 to 50 dollars for a battery replacement done by third parties. I still think the prices are not reasonable and I see no convincing argument from that person on Facebook make me think otherwise.