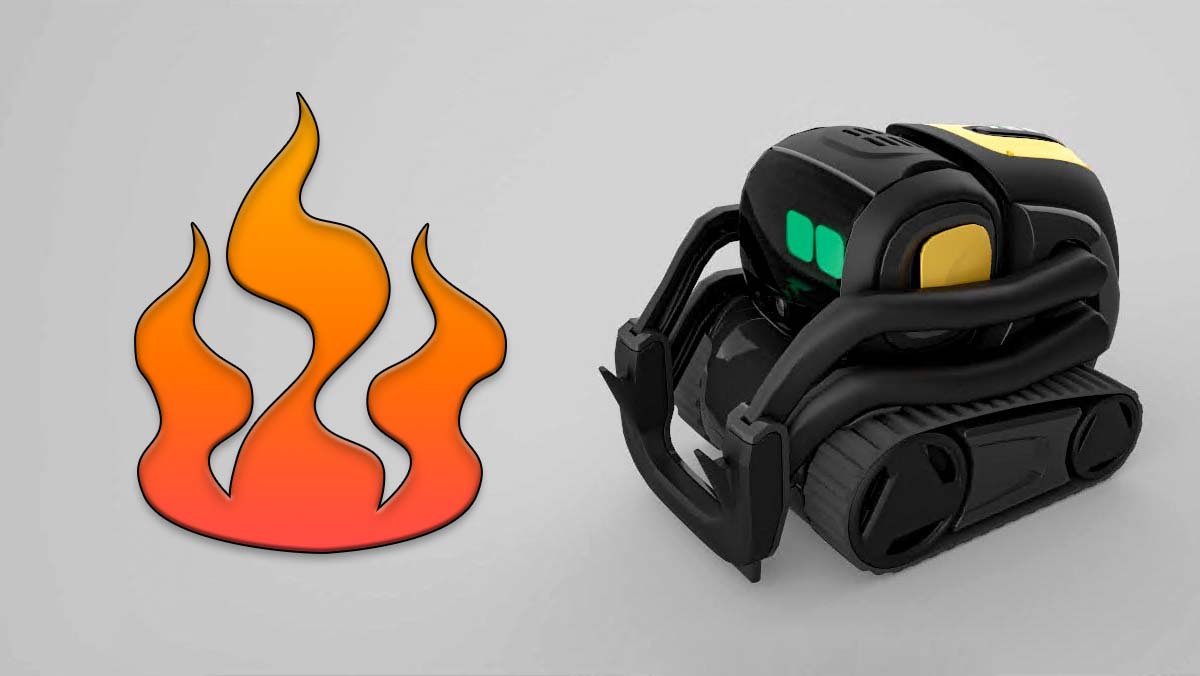 The first Vector 2.0s are arriving at customers. So far only in the USA, because … no, that is so incredibly unbelievable and unprofessional, it will get it’s own article. Stay tuned.

There are already multiple reports of Vector 2.0s that overheat even in low environment temperatures like 24 degrees C (75.2 degrees F). That of course is not good, not good at all. It is known that the 1st generation Vectors had some heat problems, but those started at enviro temps over 30 degrees C (86 F).

I was provided with images of two Vector 2.0s (left and center) and one 1.0 (right) that are in the same room with 24 degrees environment temperature (you can recognize the 2.0s by the different camera).

You can see that all three have a head temp of around 66 degrees C, that is not unnormal for the processor (I was able to lower that by around ten degrees C by adding a heat sink, that is another story, but it COULD have been done by DDL, a simple copper plate would be enough. I can only guess they did not do it to save money). But have a look at the body temperature (that is usually the culprit when Vector reports heat problems): 49 degrees C at the Vector 2.0s and only 35 degrees C in the generation one Vector. That is a whopping 14 degrees more, no wonder the poor guys report heat problems…

Where does this come from? Hard to say from afar. This should not happen at all, the Anki design was more or less sound, there were some overheating problems above 30 degrees C enviro temp, but that was okay for most users and use cases. It is reasonable to believe that either Digital Dream Labs tinkered with something they should have left alone or another explanation is that they used cheaper electronic parts with bigger tolerances than in the original Vector. That could lead to problems like this, especially when it comes to voltage regulators or cheap batteries. From earlier experiences with them and their unprofessional project management trying to save money in the exact wrong places looks like something DDL could absolutely do. Another possible reason could be that the manufacturing process was not watched closely and the fabrication company in china delivered bad work quality. But all those are of course only guesses.

Multipe users contacted DDL about this and I will quote one answer to comment on it:

I wanted to follow up with you before the weekend regarding the overheat warning that Vector is giving to you after extended runtime.
This warning displays when the robot reaches a temperature that is considered to be higher than usual. However, the overheat warning for Vector 2.0 was displayed earlier than intended as a cautionary measure. While there is a difference in the temperature between Vector 1.0 and Vector 2.0, the temperatures are still firmly within safe boundaries, both for the electronics inside of the unit as well as the unit still being comfortable to the touch.
Our engineers are aware of this issue and, after investigation, we will be issuing a patch release to the 2.0 software that will readjust the thresholds so that this error will only display if the robot is beginning to reach temperatures that would require further attention.
Of course, if you have any additional questions or concerns, please do not hesitate to reach out.
Thank you!

I really do not want to say this is utter bullshit, but … well. As we have established above this is NOT a false warning, the temperature actually IS way higher than it should be, so the warning is NOT “displayed earlier that it should be”, it does exactly what it is supposed to do: warn about overheating. And from what I was told, this does not only happen after “extended running times”, which makes the problem even worse.

If they now try to “readjust the thresholds” in a patch for 2.0 they are doing dangerous things. The warning is there for a reason. The robots ARE overheating, if they remove the warning this may even lead to burning devices, especially if the robots run in environments at 30 degrees or more. It is of course difficult to say from afar how big this risk is. If the robot “is comfortable to the touch” is absolutely no safety criterium. And everyone who works with electronics (I come from an electronics maintenance background before I went into IT) knows: The higher the temperature the faster the electronic parts will age and break, 15 degrees more is A LOT for such a small device. And higher heat always is a sign that more energy is burned into heat than is neccessary. If constructed correctly that energy could lead Vector to longer running times instead of heating the poor robot.

“A little difference in temperature” would have been maybe 5 degrees (even that would have been too much in my opinion, Anki did it better). But absolutely not 15 degrees. That is not normal. And now imagine what will happen if robots run in hot countries at environment temps of not 24 but 30 degrees C …

This is bad. From the number of reports, and from the fact they already are talking about a patch, it looks like not only a small number of robots has this heat problem. If that really is so it is a defective product that does not work as expected and needs to be replaced. If DDL has to replace a bigger number of robots during warranty, they can close shop. They are screwed. And we are not even talking about deliveries to the rest of the world outside of the USA, that would need to be shipped back for replacement (leading to additional problems with customs, not even talking about the time this will take).

And what will the firmware patches do to first generation Vectors when they will get the 2.0 OTA?

Digital Dream Lab may try other shenanigans to lower the temperature, for example lowering the CPU speed. That would of course lead to numerous problems, the robot may become slow or unresponsive and more.

Thanks to anonymus for the images, you know who you are … 🙂