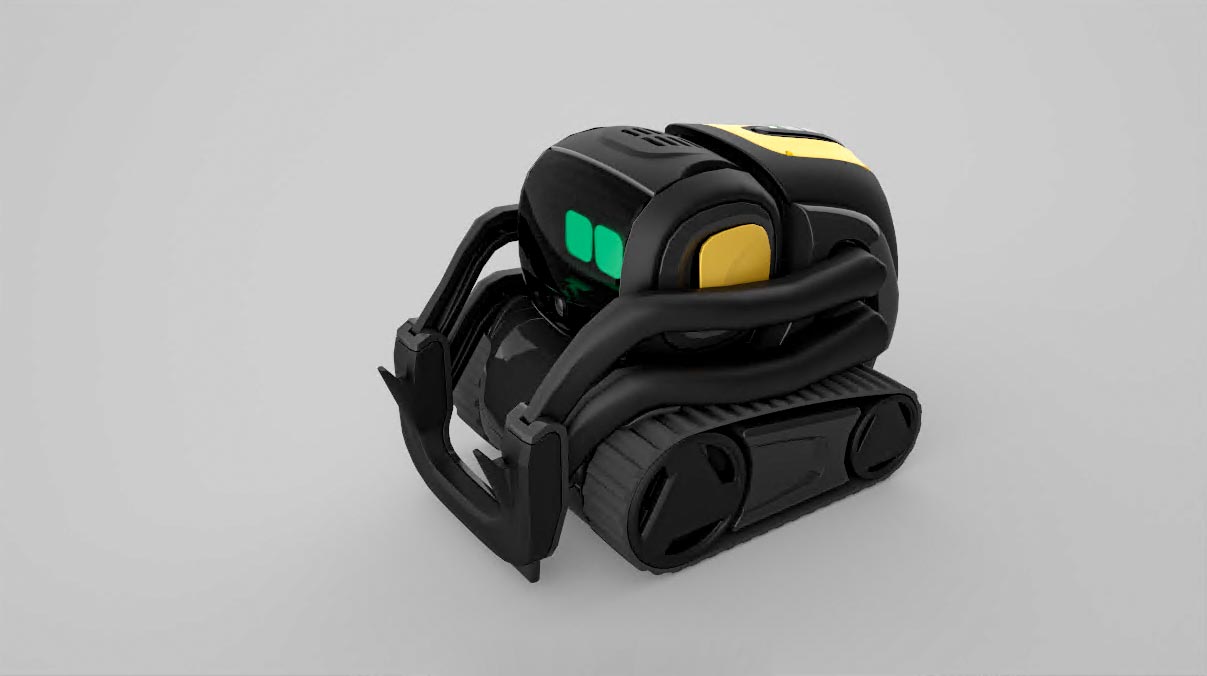 Thanks to cyb3rdog, who converted the assets DDL released on Github to dae, fbx and obj, it is possible to use the animation assets in other DCC applications than Maya.

I looked into them, because when I am not writing about Vector I am doing 3D and rendering in Cinema 4D, besides other things as system interfacing and shoving data from one database to another. You can find some of my finger excercises and hobby renderings (and a lot of fanart) on Facebook.

I converted the Vector rig to Cinema 4D and did a quick and dirty reshader in my favourite render engine Redshift. There is certainly room for improvement, but so far I am happy.

Since I was asked if I could provide the converted file I do so here. If you don’t own Redshift: It should be easy to create standard C4D materials for Vector.

If you do things with it you may want to have a look at the DDL license first. As I expected they did not use a standard open source license for their OSKR stuff, but cooked up one themselves, which I think is a very bad and questionable move, because standard OSS licenses are tested and secure, and have been approved and confirmed by courts of law. The DDL semi open source-license is new and it is uncertain what you can do with it. If there are different opinions on what is allowed with the license this would first have to be proven in a court of law. That is very unfortunate. This gets even for complicated and messy, as there are users all over the world and the license text may not even be valid all around the world, it is formulated in typical US law text that may or may not apply in other countries.

For example the license says that you are only allowed to use the assets if you are owner of a Vector robot. That is especially ridiculous for numerous reasons and the exact opposite of “open source”.