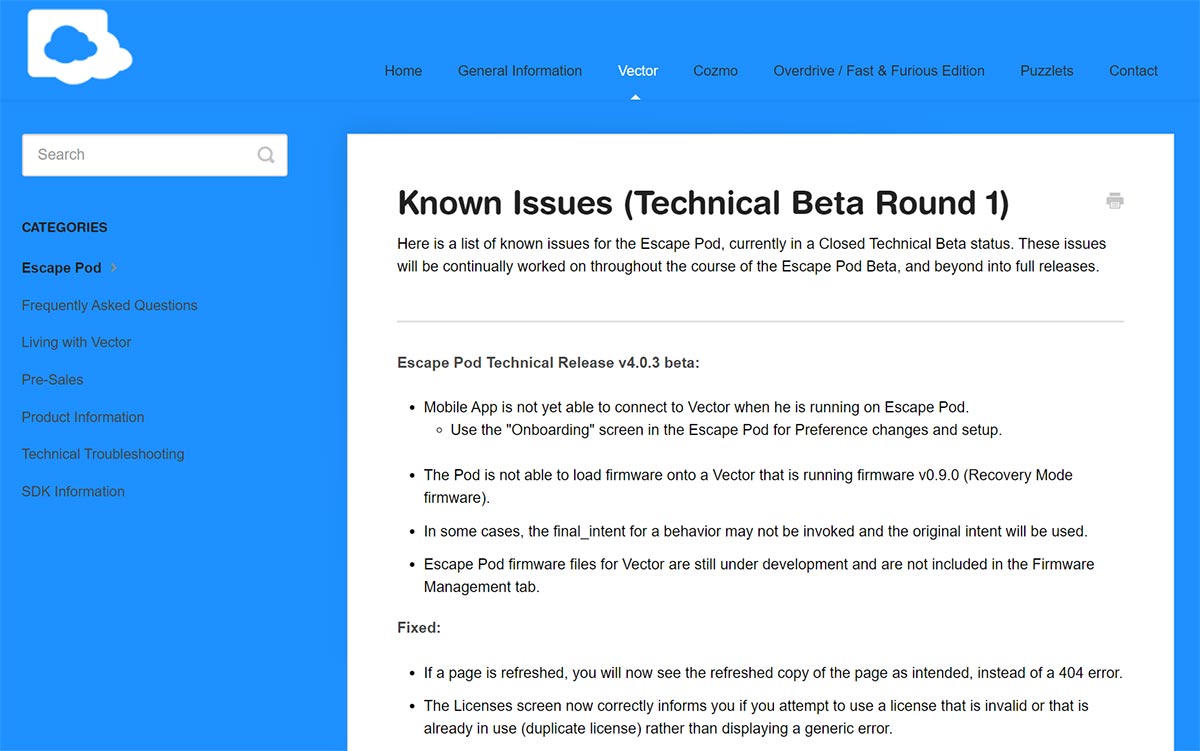 For OSKR users there a new “beta” version of the Escape Pod was just released by Digital Dream Labs. Here are the release notes from the official support page:

You can download the latest version of Escape Pod beta from the documentation page that describes the process of flashing the image to a Raspberry Pi 4. It’s somewhat hard to see, the download link is behind the text “latest Escape Pod image” below “Basic Requirements”.