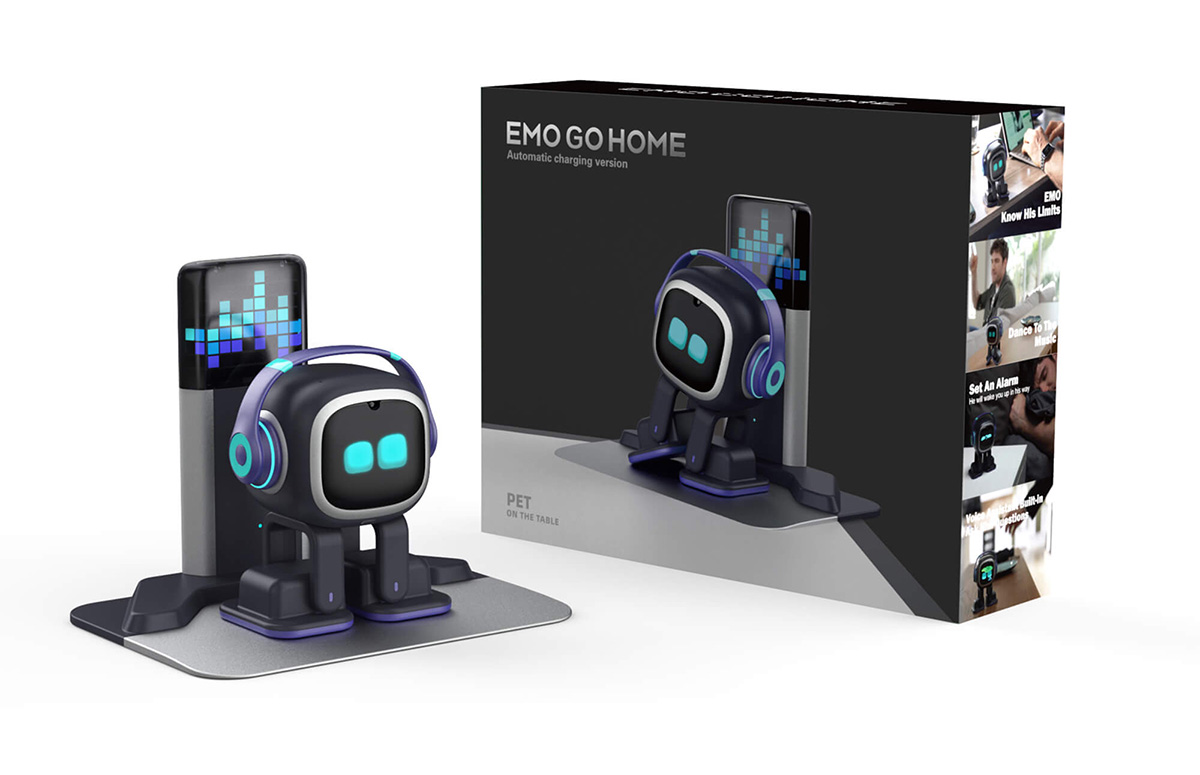 One of the major drawbacks of Emo The Desktop Pet was his charger: It’s a skateboard-like QI charger and the robot is not able to climb onto it by himself, he has to be set onto it by the user.

But Living.AI, the company behind Emo, does not only update the robot regularily and adds new features, they are actually working on improvements. What a difference to the inaction and incompetent tinkering shown by Digital Dream Labs so far. All DDL seems to be able to do is to sue competition in vain attempts to kick them out of the market.

The latest coup by Living.AI is “Emo Go Home”, a new charging station that enables the robot to become fully autonomous,because he can go back to the charger and refill his battery by himself. See post image.

That is an incredible improvement over the skateboard. Livin-AI promises more Go Home-station related features in the future.

You can buy Emo Go Home on their webseite, either as a package with a new Emo, or as a standalone addon for those already owning one. Stand-alone price is 99 Dollars (plus shipping, that is 24 Dollars for europe. be aware of the fact that you may have to pay fees and import VAT, they say you most probably have not, but that may not work) With this the major drawback this robot has in my eyes is removed.

Amazing! If unfortunately in my opinion somewhat overprized for just a charging station.

And again we have to ask: Where are similar new features by Digital Dream Labs? Three years and all they accomplished was a robot that is basically the same it was five years ago with only very minor “updates”?

[Update]: A video about the station.

Because of the video I have to somewhat revise my above remark about the price. The dot matrix display that allows additional functions is an amazing idea!

DDL could have at least added a lighted home icon to their chargers that would have been a real improvement (some people from the communiyt hacked that together), but the people responsible at DDL clearly lack ideas and visions, they are not even able to steal and implement community ideas …