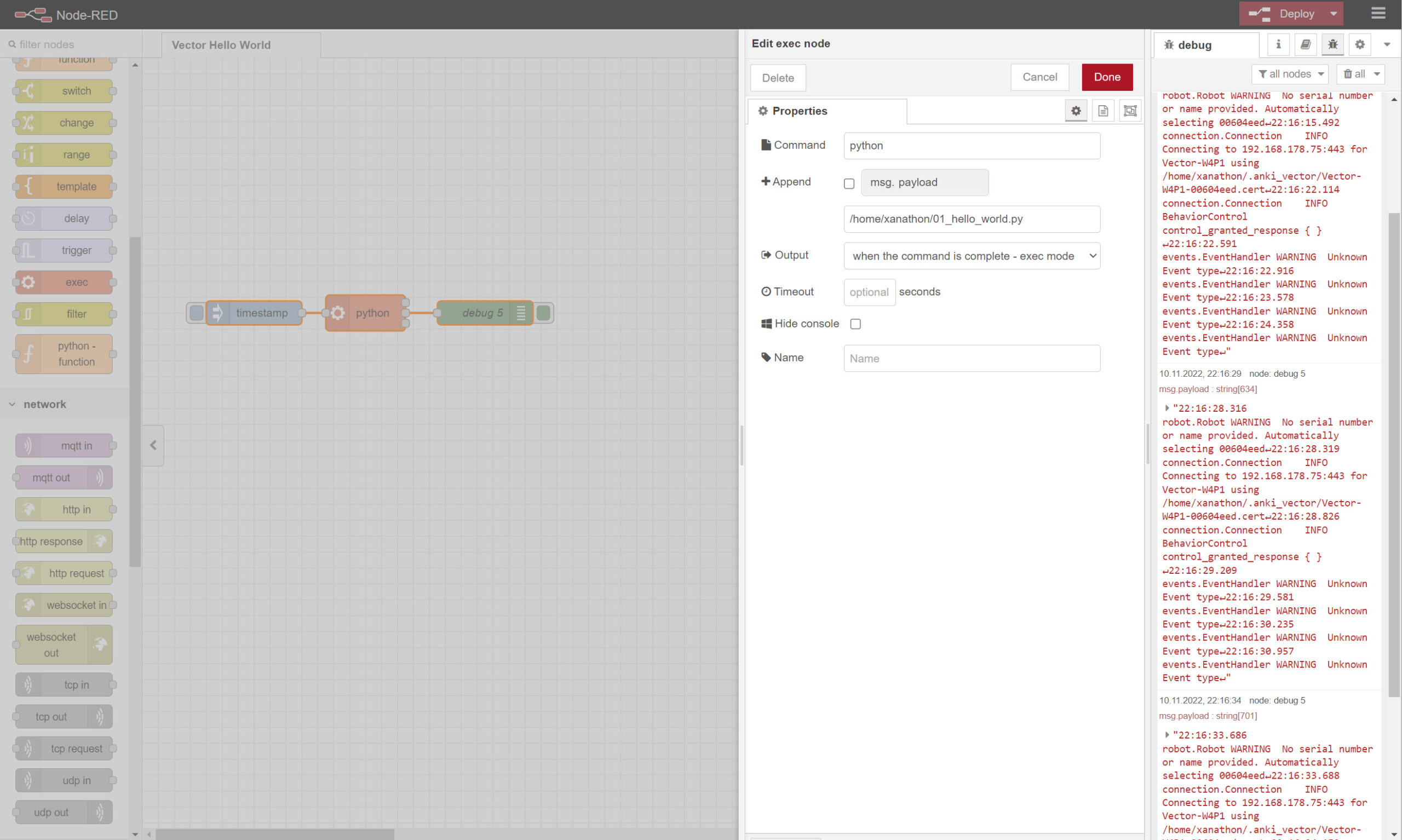 I have a small Linux box in NUC style that works as my Wire-Pod but idles most of the time, since it is way more powerful than a RasPi.

Yesterday I installed Node-RED onto it, because I wanted to experiment with that. (for those unfamiliar with Node RED: it is a node.js based workflow solution that lets you react to triggers and create workflows, think IFTTT but locally. See the project website for more information).

The possibilities are endless, for example Node RED could monitor an email account inbox and then let Vector say “you have new mail!” if an email arrives.