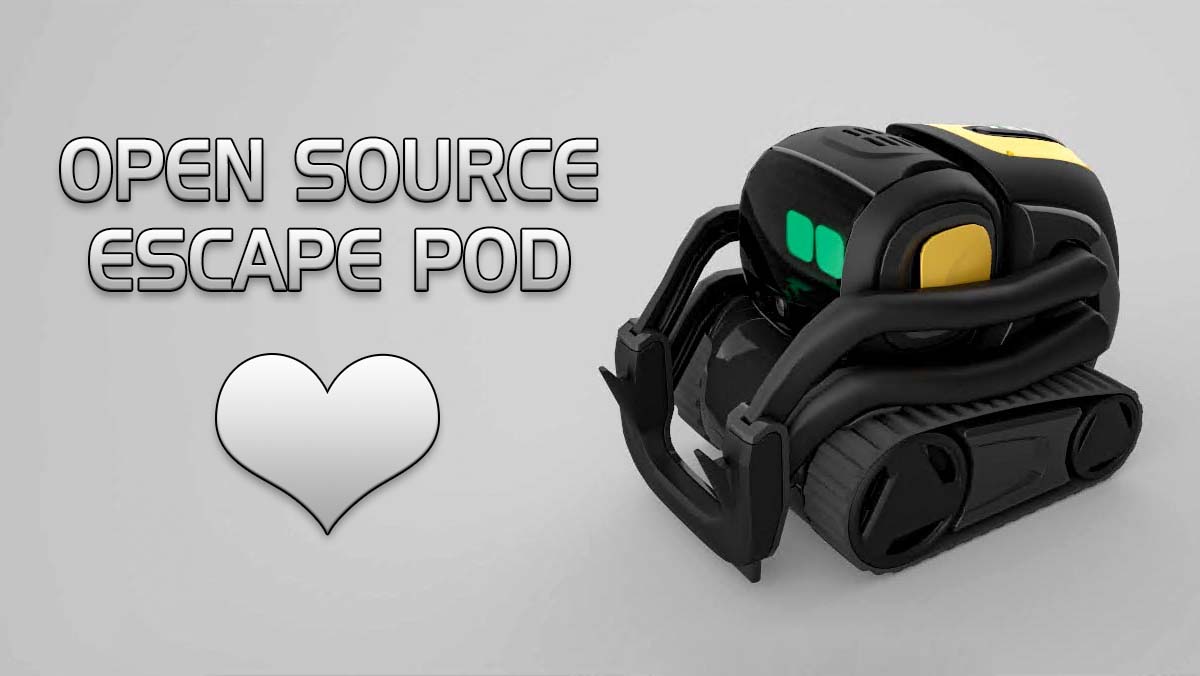 Thanks to the ingenuity of Wire you are now able to tether any production (retail) Vector to his Open Source Escape Pod, so far that was only possible with OSKR-unlocked bots.

Wire provided detailed informations on Github on how to do that, but be warned, you will need some basic computer and Linux knowledge to do it.

You will have to write a standard operating system onto a Raspberry Pi  4, do some configurations and then write a new firmware to your robot. The user or lifetime data will be kept, but this works only with firmware 1.8, so at the moment there is no way to do this with 1.6 robots. But that may be an option for the future. From the description on Github:

So there now is an option to run your Vector off a local server without paying insane amounts of money to DDL for subscriptions or Escape Pod licenses and without losing functionality.

Let me rephrase that:

You can get completely away from Digital Dream Labs!

And you will never have to deal with them again if you are fine with a robot on 1.8.

This works with any Linux device, not only RasPis, as Wire said on Discord:

it can work with any device, but you will need to find a way to make it so when you ping escapepod.local on any network, it directs to the device running wire-pod. on Linux it is usually just changing your hostname to escapepod and making sure avahi-daemon is running

It uses the official Escape Pod OTA, so when they make v2.0 escape pod OTAs those should work too. The way it works is that the HTTPS keys are stored in the escape pod rpi images, so they can be extracted and used in an unofficial chipper instance. Which means no changes need to be made to the official escape pod OTA.