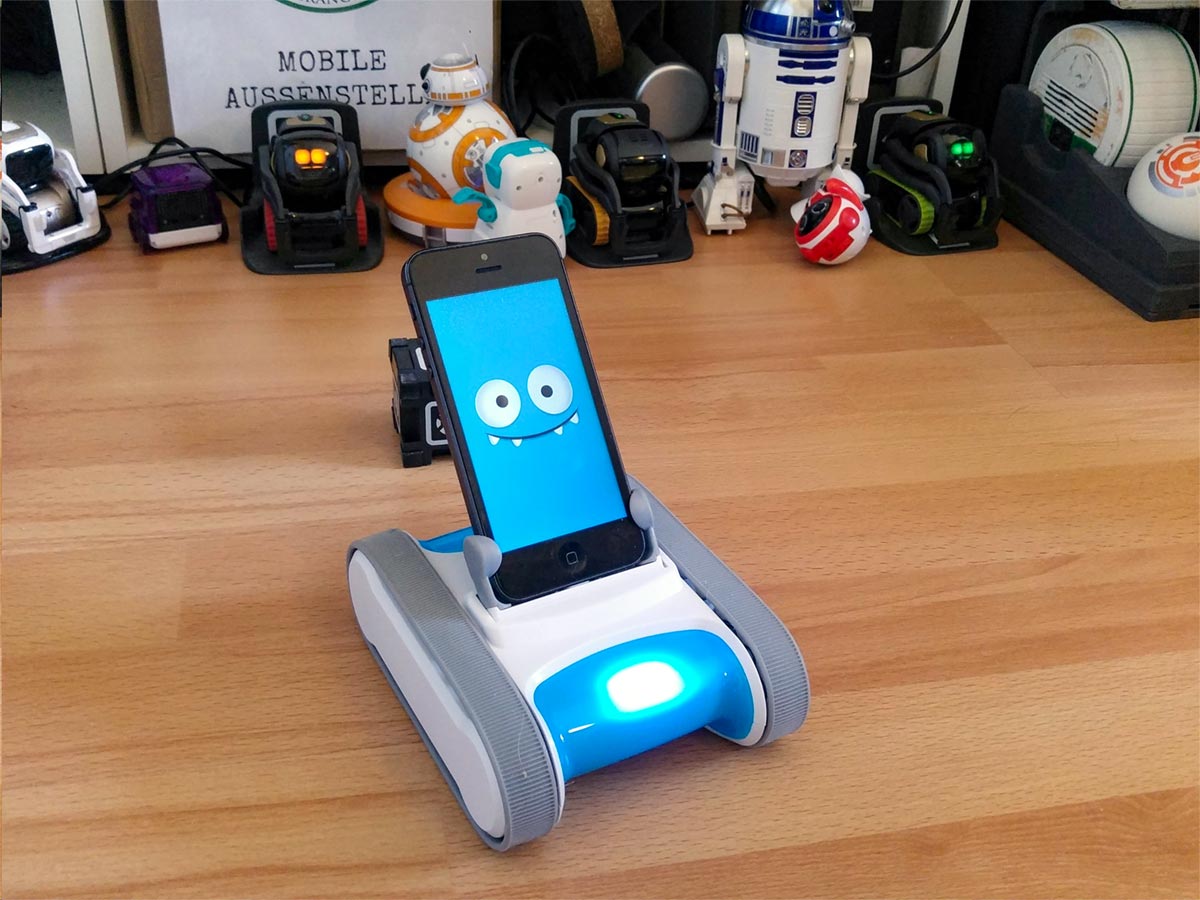 Since I first tried to set up a Vector many months ago, I noticed many problems with using the Android companion app. There are heavy connection problems when it comes to the initial Bluetooth linking, but also when it comes to WiFi. I tried that on multiple Android devices as I have quite a lot of them lying around here with different Android versions for testing purposes.

However: a short time ago I got a used iPhone 6 for small coin in top condition from ebay. I wanted to use that as a brain for romo (see post image). Since I still have an old Apple account (I went away from Apple for multiple reasons some years ago), I logged into that via WiFi and installed the Vector app.

Surprise, surprise: The iOS app work extremely fine compared to the Andoid based one. Bluetooth and WiFi connection are initiated immediatly without any problems. Where it takes ages to even show the Bluetooth PIN with Android this nearly instantly is trigghered on my multiple Vector on which I tested it.

I yesterday installed a new access point solely for my bunch of Vectors and needed to reconnect them to that, so I tried multiple times with both apps. On iOS you can easily change the network by clicking on “search WiFi networks” and select a new one. On Android the app freezes and never comes out of the search. Everything works smooth on iOS, on Android: not so much, it’s a pain.

So it seems to me that the Android app is very badly coded compared to the iOS app and it needs debugging very much. I have no idea why Digital Dream Labs did not already announce new, debugged versions of the app.