We all know that Vector sometimes has problems to find his charger if the light is somewhat low. So some people already added lights to the charger. But wouldn’t it be nice if the light only is activated when the environment is getting dark?

This can be done relatively simple with a photo resistor tied to an Arduino (Uno or others). But I am not going into Arduino details here, so you need basic knowledge about that board and how to use it.

The photo resistor is connected to an analog input of the Arduino where you can read it’s value with a program and then, depending on the environment light, two LEDs are switched on or off.

You need the following:

The resistors should be 100 Ohms, but that may vary with the exact LEDs you are using, please refer to the LED data sheet. For experiments a 9V battery is fine, but for long term you should use a power supply unit for the Arduino. You can get the photo resistor module on Amazon, ebay or Mouser, it is one like this from Keyes. For the Arduino there are lots of options out there: original ones or cheap copys from china. Usually they all work fine.

What you see below of course is a test installation, you may want to invent something to install the LEDs above Vector’s charger.

Wire the parts like one of the following schematics. 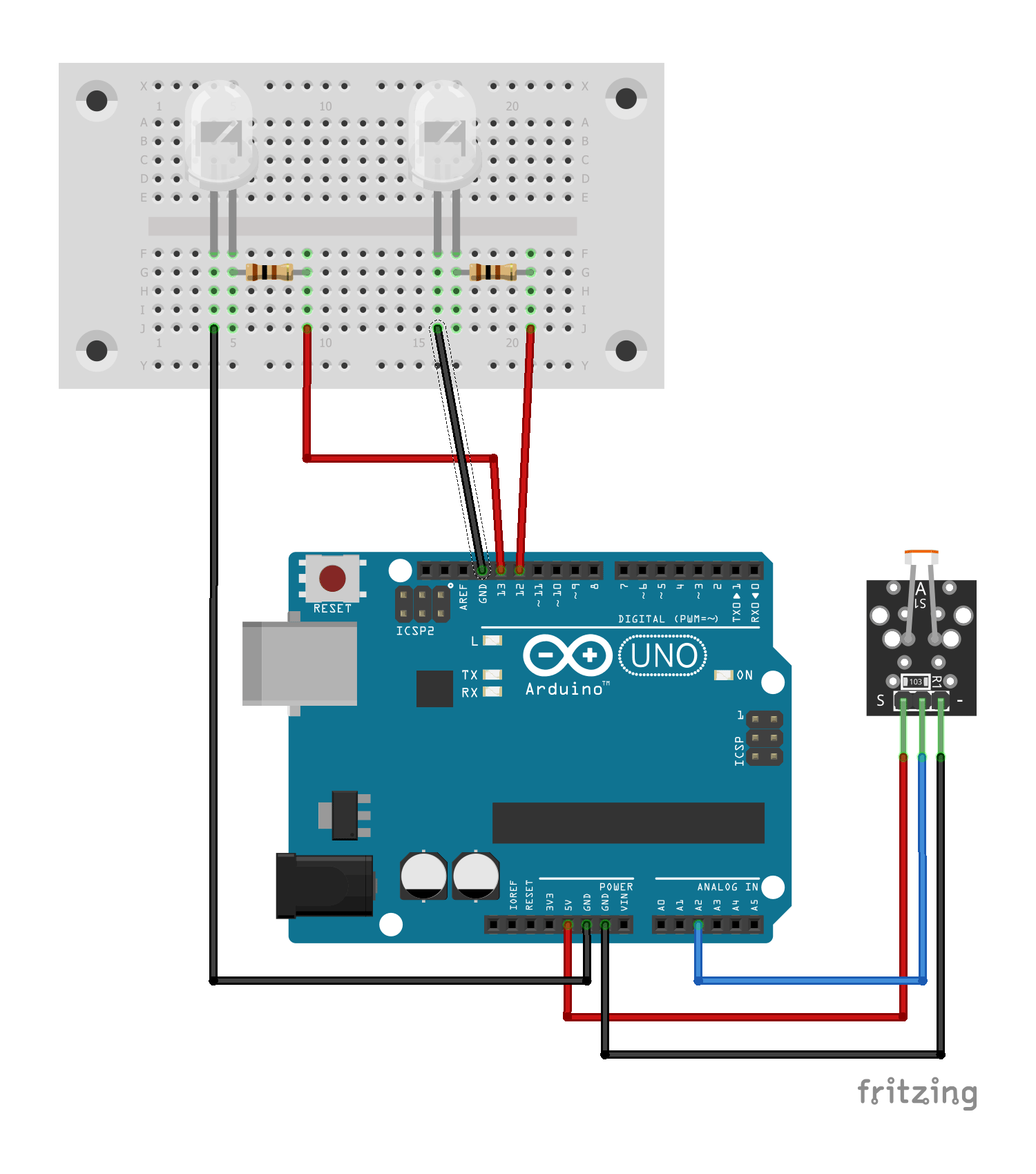 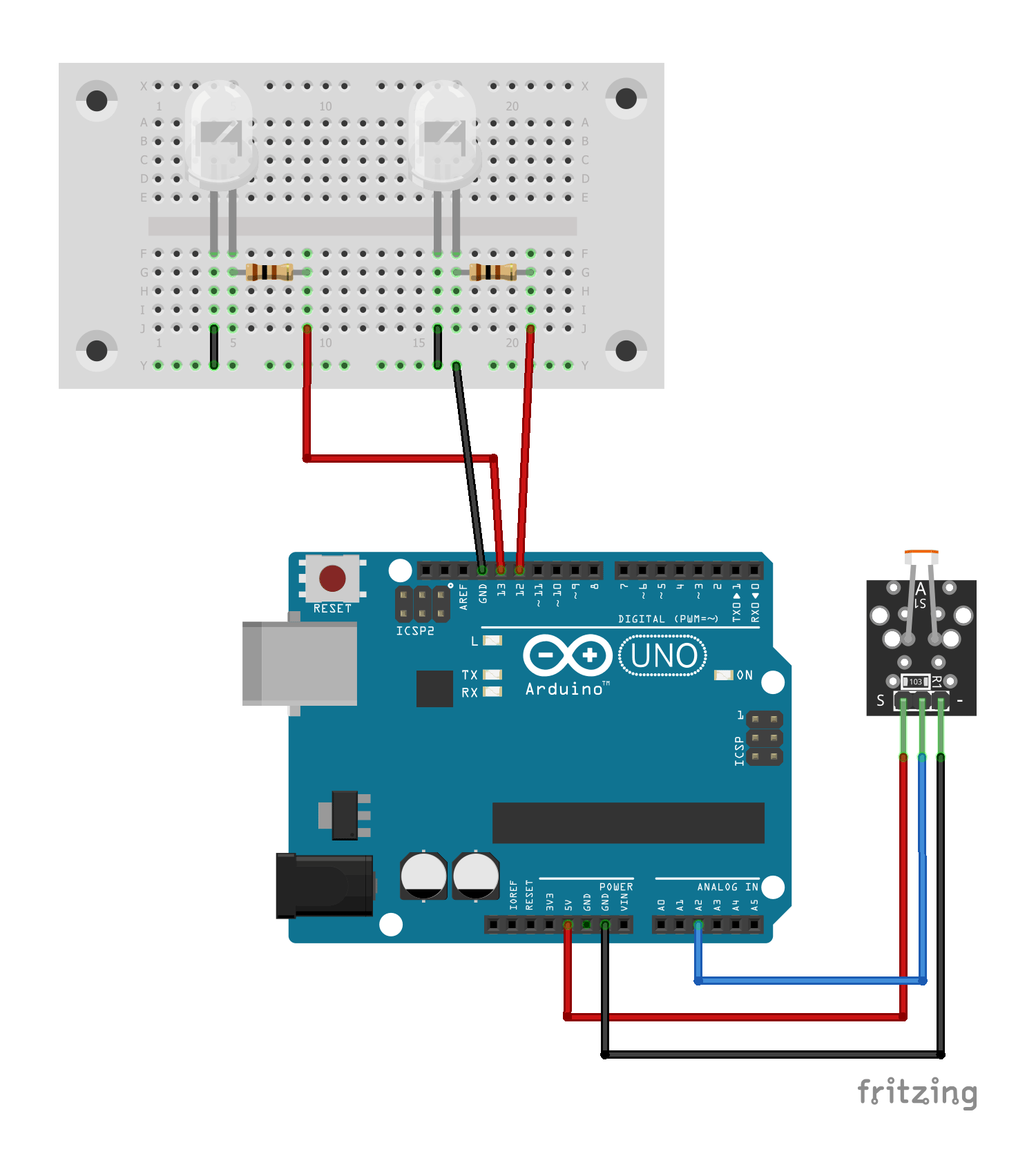 You need to put the following code onto the Arduino board via the IDE:

It may be possible that you have to experiment with the light detection value of 450 to suit your needs.

This is of course a very simple setup that can be expanded, maybe you want to add a power switch to deactivate the setup for the night or maybe make it timed for that.